Summary: We will present some of the techniques used to create "H - Immersion". This animation is rendered in real-time on consumer level hardware, but adds another technical challenge on top of it: it fits entirely within a single 64kB (65536 bytes) executable binary file. The engine, textures, 3d models, music, animations and other effects are all included inside that tiny file. In the digital art subculture known as "the demoscene", this type of animation is referred to as "64K intro". The content is created with custom authoring tools, using various techniques including procedural generation and extreme compression. We will show how this can be done and how it affects the creation process.

Julien Guertault, Ctrl-Alt-Test, France
Julien Guertault has been working as a programmer since 2004 in domains like flight training, video games and virtual reality. He currently works at Square Enix Co., Ltd. as a graphics engineer. French born, he studied and graduated in Paris and South Brittany, and worked in France until moving to Tokyo in 2011. He is active in the digital art culture known as the demoscene, as part of the group Ctrl-Alt-Test, where he focuses on rendering, size coding and procedural generation. He has also helped co-organize the annual demoscene event Tokyo Demo Fest.

Laurent Le Brun, Ctrl-Alt-Test, France
Laurent Le Brun is a French software engineer working at Google, in Munich. He is working on the Bazel build system, and its language, Starlark. Before, he has worked on the F# programming language at Microsoft Research. In his spare time, he is active in the demoscene within the group Ctrl-Alt-Test and creates real-time rendered animations with extreme size optimizations. In particular, he is the author of Shader Minifier, a tool that rewrites shader source code in a smaller and compression-friendly way.

Daniel Lindholm, Ctrl-Alt-Test, Sweden
Daniel Lindholm was born in Sweden and attended music-school and Vasterhojd Music-college at the esthetic program. Honing his skill in composition and session-work around different institutions in Sweden, he later moved to Japan in the beginning of 2005. He started to write music professionally for the Japanese/International AAA-market in 2007, and has since been frequently used by companies like SEGA, BANDAI NAMCO, and CAPCOM. With a variety of styles he is no stranger of World Music. From Ethnic to Orchestral, Metal to Techno and everything in between, he's a well-rounded composer with a passion for film-scores. 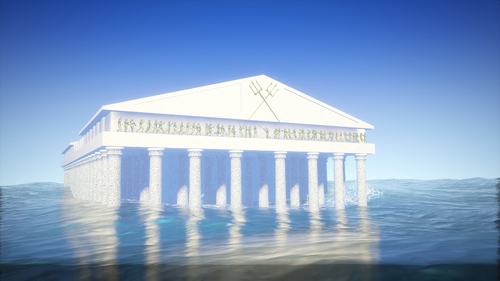