Author(s)/Speaker(s) Bio:
Martin Ritz has been deputy head of Competence Center Cultural Heritage Digitization since 2012 after working as research fellow for three years at Fraunhofer IGD in the department of Interactive Engineering Technologies. In parallel to technical coordination, his research topics include acquisition of 3D geometry as well as optical material properties, meaning light interaction of objects for arbitrary combinations of light and observer directions. He received his Master of Science degree in Informatics 2009 from the Technische Universität Darmstadt, as well as his Master of Science degree computer science 2008 during his studies at the University of Colorado at Boulder.

Summary: This paper describes the first step of our research collaboration to create a virtual human that visualizes skin strain distribution to aid the design of comfortable, ergonomic sportswear.

Yusuke Tonuma is a rigging artist at OLM Digital, Inc. Japan, since 2013. His film credits include PAC-MAN and the Ghostly Adventures, YO-KAI WATCH THE MOVIE, THE SNACK WORLD TV series and more. He was graduated from Amusement Media Academy, Japan in 2013.

Yoshiyuki Kubo is a rigging supervisor at OLM Digital, Inc. Japan since 2012. He supervises character rigs in OLM's TV series and Anime movies. He received B.S. degree from Keio University, Japan in 2009.

Tatsuo Yotsukura is head of research & development div. at OLM Digital, Inc. Japan. Some of his notable project achievements as production engineer include Pokémon the Movie and YO-KAI Watch the Movie. Before joining OLM Digital, Inc. in 2009, he has worked as computer graphics researcher at ATR (Advanced Telecommunications Research Institute International), Japan. He received the Ph.D degree from Seikei University in 2003.

Akihiro Ozawa is a lead researcher in ASICS Institute of Sport Science. He received Bachelor’s Degree of Sport Science from Waseda University in 2009. He has been engaged in the development of footwear, apparel and service. His research interests include body shape analysis and wearing simulation for apparel designing.

Ken Kusano is a researcher in ASICS Institute of Sport Science since 2017. His research interests include biomechanics and apparel CAE. He graduated the master’s course at the Kyoto University graduate school of Medicine in 2017, and he has a license to work as a Physical Therapist. He studied specially shoulder muscle activity and 3D motion of Scapula at University. Taking advantage of the knowledge of shoulder biomechanics, He is engaged in apparel function research.

Hiroto Mori is a lead researcher in ASICS Institute of Sport Science. He is in charge of Strategy Planning of Research Division. He majored in sport science especially biomechanics and dynamics, and received Master's Degree of Physical Education from Tsukuba University in 2008. He is a member of The Japan Society of Mechanical Engineers, Japanese Society of Biomechanics, and Japan Society of Physical Education, Health and Sport Sciences.

Takehiro Tagawa is the general manager of Apparel and Equipment Function Research Department in ASICS Institute of Sport Science. He received Bachelor’s Degree of Mechanical Engineering from Kobe University and Master’s Degree of Sports Science from University of Tokyo. He has been engaged in the development of footwear, apparel, equipment and also service based on his knowledge of mechanical engineering and sports science. 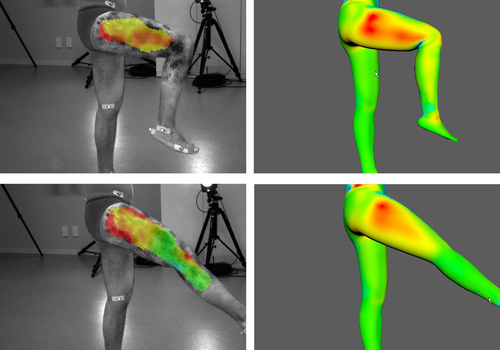 Summary: In this work, we propose a method for expressing a natural change in the appearance of a human hand’s surface interactively with an implicit model with semi-anatomical structures.

Author(s)/Speaker(s) Bio:
Masato Nakada received his Bachelor of Information and Computer Science from Keio University with excellent academic award in March 2017. He is currently a master course student at Center for Information and Computer Science, Graduate School of Science and Engineering in Keio University. His research interests include modeling human bodies and simulating deformation of objects. He currently works on modeling and animation of a human hand.

Hélène Ballet was born in Paris, France in 1996. She is currently studying computer science at Bordeaux Graduate School of Engineering ENSEIRB-MATMECA, her major being software engineering. She is entering her fifth year of higher education and is expected to graduate in 2019. She worked at Fujishiro Laboratory, Keio University during a three-month internship in 2018.

Issei Fujishiro is currently Chief Professor of the Center for Information and Computer Science, Graduate School of Science and Technology, Keio University, Yokohama. He received his Doctor of Science in information sciences from the University of Tokyo in 1988. He was a Visiting Professor of Computer Science at Stony Brook University during 1994 to 1995. His research interests include graphical modeling paradigms, applied visualization design, and smart multi-modal ambient media. He is a member of ACM (SIGGRAPH), IEEE (Computer Society), Eurographics, and CGS. He is serving as a member of Science Council of Japan. 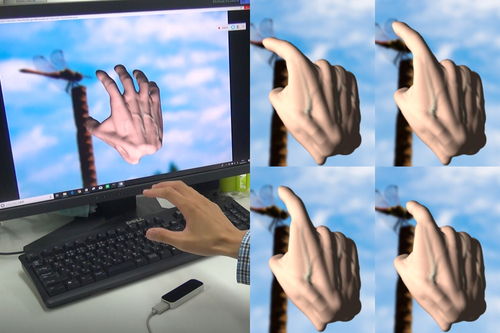