Summary: "Out of the Cradle" ("NHK special: Jinrui Tanjyo" in Japanese) is an innovative documentary TV program that employs the latest cutting-edge computer graphics, and traces mankind's footsteps back to Africa, as based on the most recent academic theories. Without question, most expert studies on this topic in writing, are far too esoteric for the average person. And though the injection of an entertainment element into such areas of academia may seem the ideal solution for the purposes of education, it's often easier said than done. With this new documentary, we believe that we were able to attain this objective, by utilizing our technical skills in visual expression honed through years of making video games and full-length CG movies. In this session, we would like to introduce you to all the activities and work that went into this program up until its completion. We will also talk about how broadcasting industry and game industry collaborate each other to create one content. The 4 videos that are extracts of "Out of the Cradle" on Youtube got over 100 million views in total in world wide, we will explain how we can achieve those views.

Shuhei Shibata, NHK, Japan
He has been involved primarily in the production of documentary programs at NHK for over 20 years and has produced a number of programs including “Professional Shigoto no Ryugi (The Professionals)” which focuses on first-class professionals from various field and “Close-up Gendai.” He has been awarded the Japan Media Arts Festival Excellence Award for his work as a director for “Human Document : One Shot Strike.” In recent years, he has produced ”NHK Special: Mysterious Ancient Pyramids” focusing on ancient civilizations and “NHK Special Out of the Cradle” in which the evolution of mankind is depicted in high-definition CG.

Isamu Hasegawa, Luminous Productions Co., Ltd., Japan
Isamu Hasegawa has been involved in development of video game titles at SQUARE ENIX CO., LTD. He was responsible for VFX and UI in the development of FINAL FANTASY XV, and has given many lectures in the universities and the conferences. Now he is a senior researcher at Luminous Productions Co., Ltd. (SQUARE ENIX group), and he is responsible for R&D in the studio. Also he is a member of the steering committee of SIG Software Engineering, a member of software engineering educational committee of Information Processing Society of Japan. 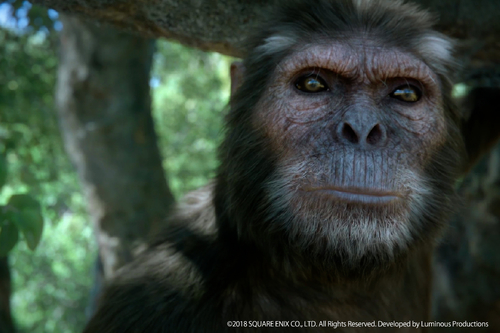